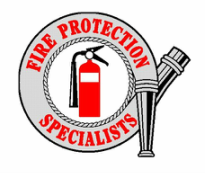 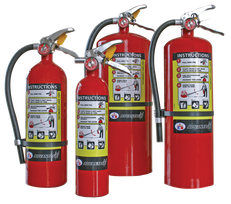 The Fire Extinguisher must be appropriate for the type of fire being fought. Multipurpose fire extinguishers, labeled ABC, may be used on all three classes of fire. If you use the wrong type of extinguisher, you can endanger yourself and make the fire worse. It is also very dangerous to use water or an extinguisher labeled only for Class A fires on a cooking-grease or electrical fire.

Depending on their intended use, portable extinguishers store specific "extinguishing agents," which are expelled onto the fire.

﻿The Types of Fire Extinguishers include:﻿

Go Back To Education